Dear Players,
It’s been 8 years since the first round of Rail Nation was launched, and it’s been captivating railroad tycoons around the world ever since. Celebrate the 8th birthday with us and join Rail Nation on a journey back to its origins.

We have travelled so far from our origins in 2012, adapting and evolving to the growing community and game demands. From our physical boxed game launch in 2012 to the start of our scenario’s in 2014, Rail Nation has seen a lot of graphical evolution. In 2015 Rail Nation was released on Mobile, which saw an increase in new players discovering the game. By 2016 we were developing new ways to enhance the players experience and so we introduced the career mechanic which later, in 2017, saw the introduction of the career engine. 2018 is when one of our most loved features was introduced, the tech tree. We also started our first Rail Nation tournament with the introduction of Masters. The winter event was also first updated in 2018.
The powerful Primus engine first made an appearance in 2019 and has been a success within the community to this day.
Finally we come to 2020 and what a challenging year it has been. We have come face to face with a pandemic which caused huge changes in our daily lives. Knowing so many of you were stuck indoors, we started the “Take Care” campaign as a way to help spread safe practices and give encouragement to those in lockdown. Our first Fast Forward servers also made their debut in 2020.
Also in 2020 we implemented the HTML 5 transition as we said goodbye to Flash Player. We also hosted our first Platform X servers to give the community a to provide alternative gameplay option.

After such a busy 8 years, now is the time to celebrate!
Here is what we have lined up for this years birthday celebration 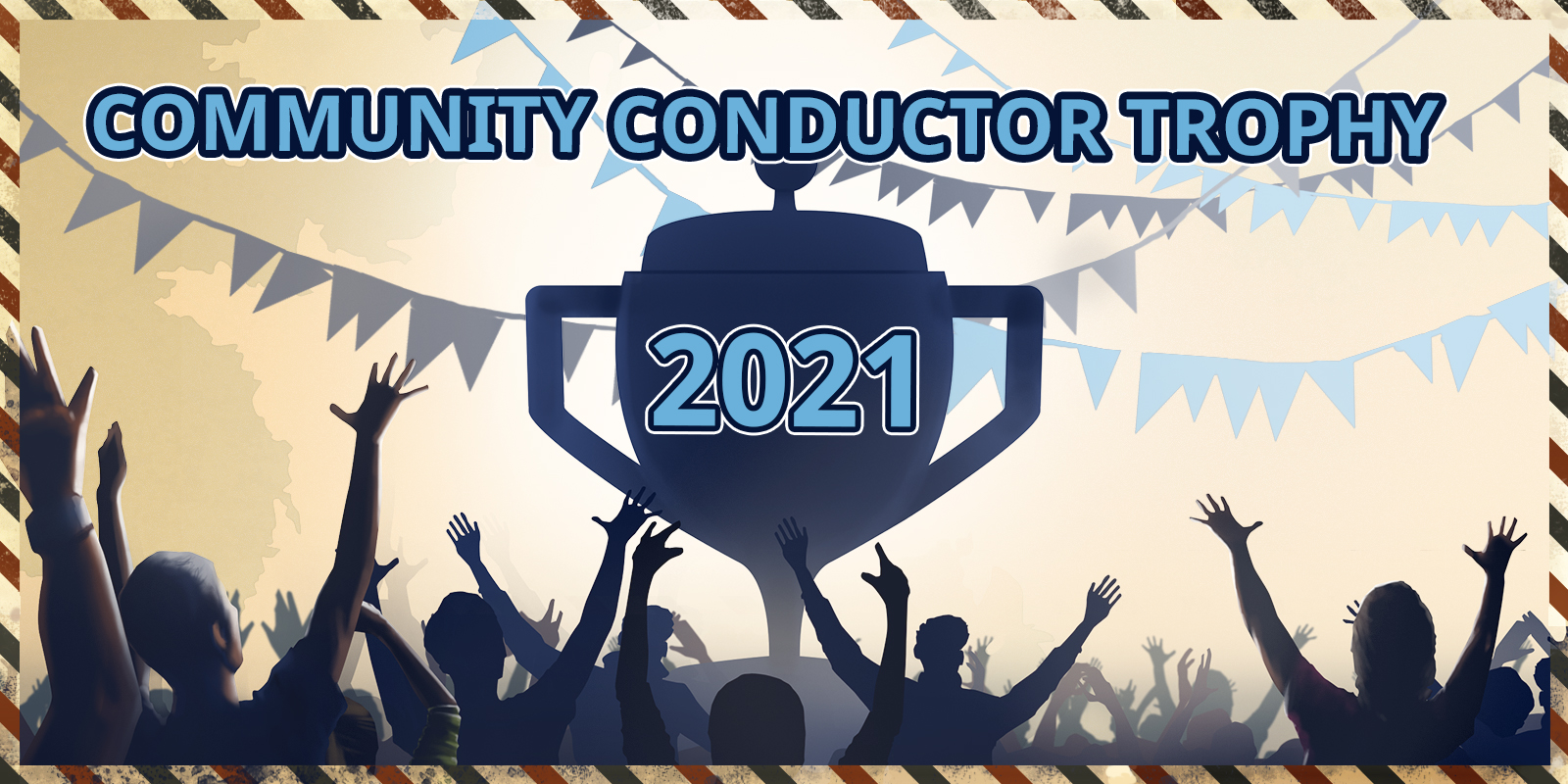 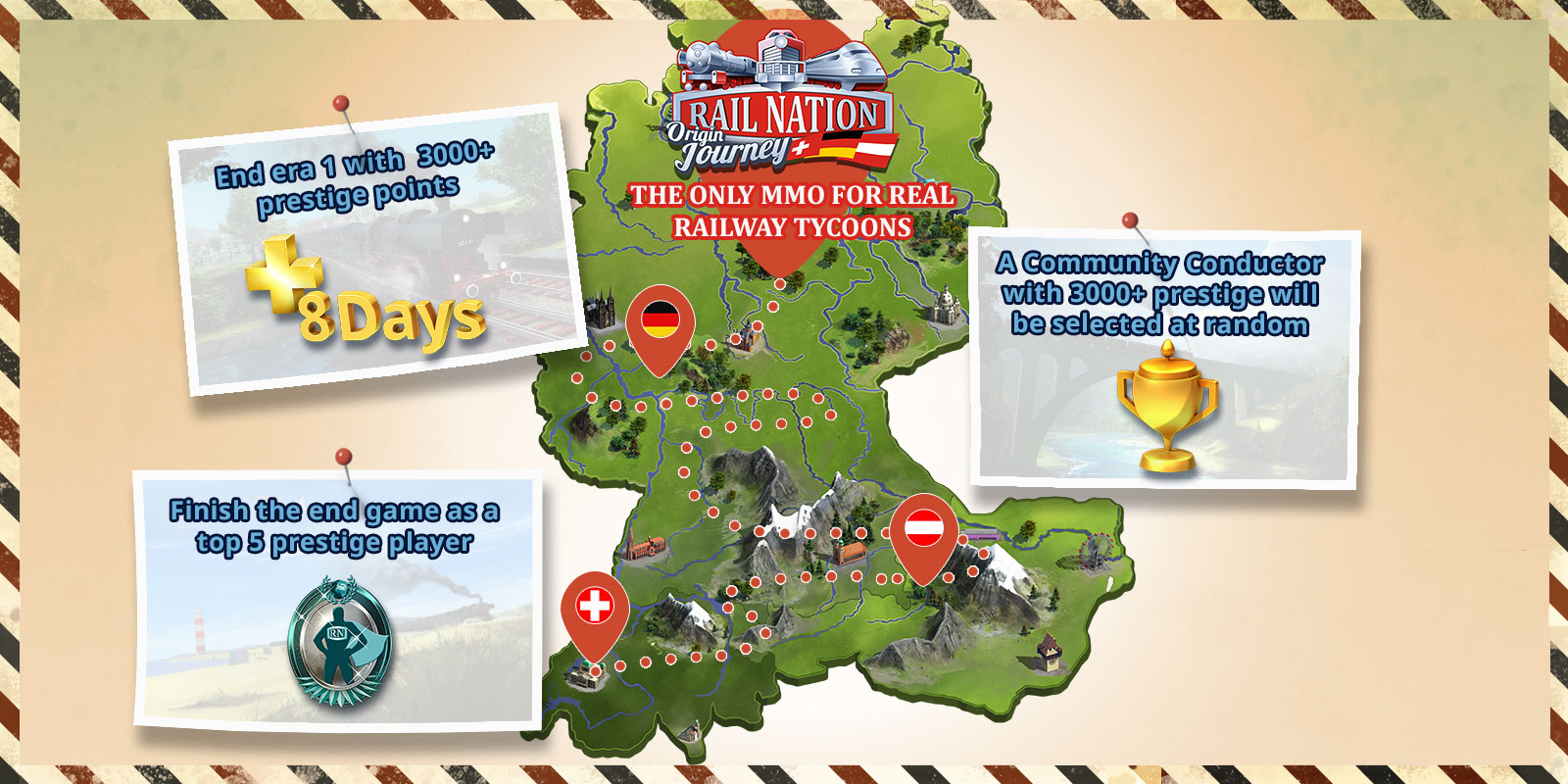 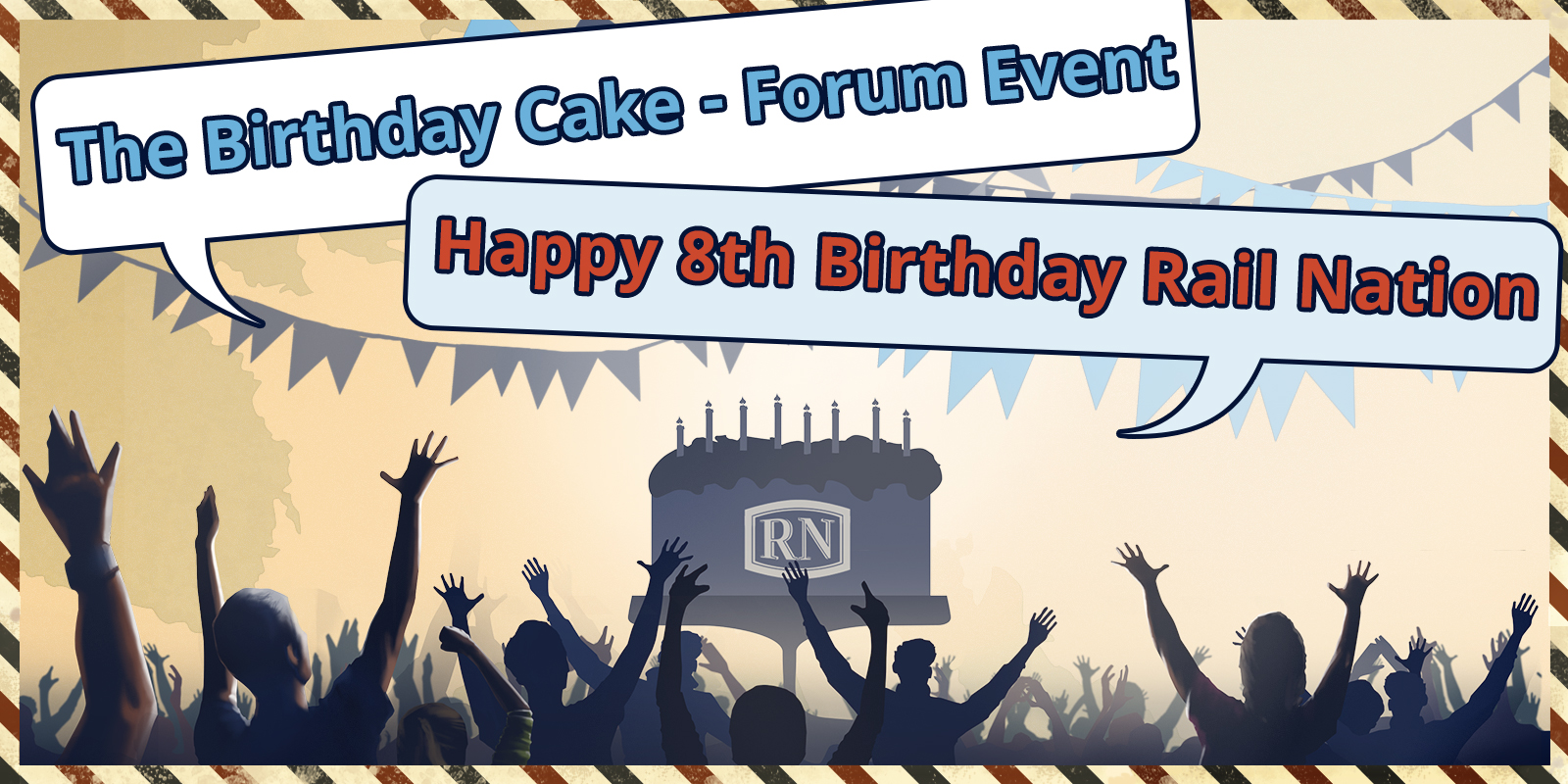 Its not a birthday party, without cake! On the 20th of January we started a community “bake off” to see which of our community members can bake the best Rail Nation themed birthday cake. 1st place winners will get 300 Gold, 2nd and 3rd place will get 200 Gold! The competition runs until the 1st of February so there’s still time to get baking. For more information visit the Rail Nation Forum

Lets start 2021 off in the right way, join the party and start your Origin Journey experience now!

When will I get my rewards? – The 8 days of account plus will be issued within 8 working days of era 1 ending. The silver community hero award will be issued within 8 working days of end game is completion.
When can we see the Community Trophy? – Once the details have been finalised we will share more information about the trophy and how you can earn your spot upon it
How long does the Prestige Party event run? – From 28th of January until the end of your Origin Journey server end game
How long does the Baking Competition run? – From the 20th of January until the 1st of February