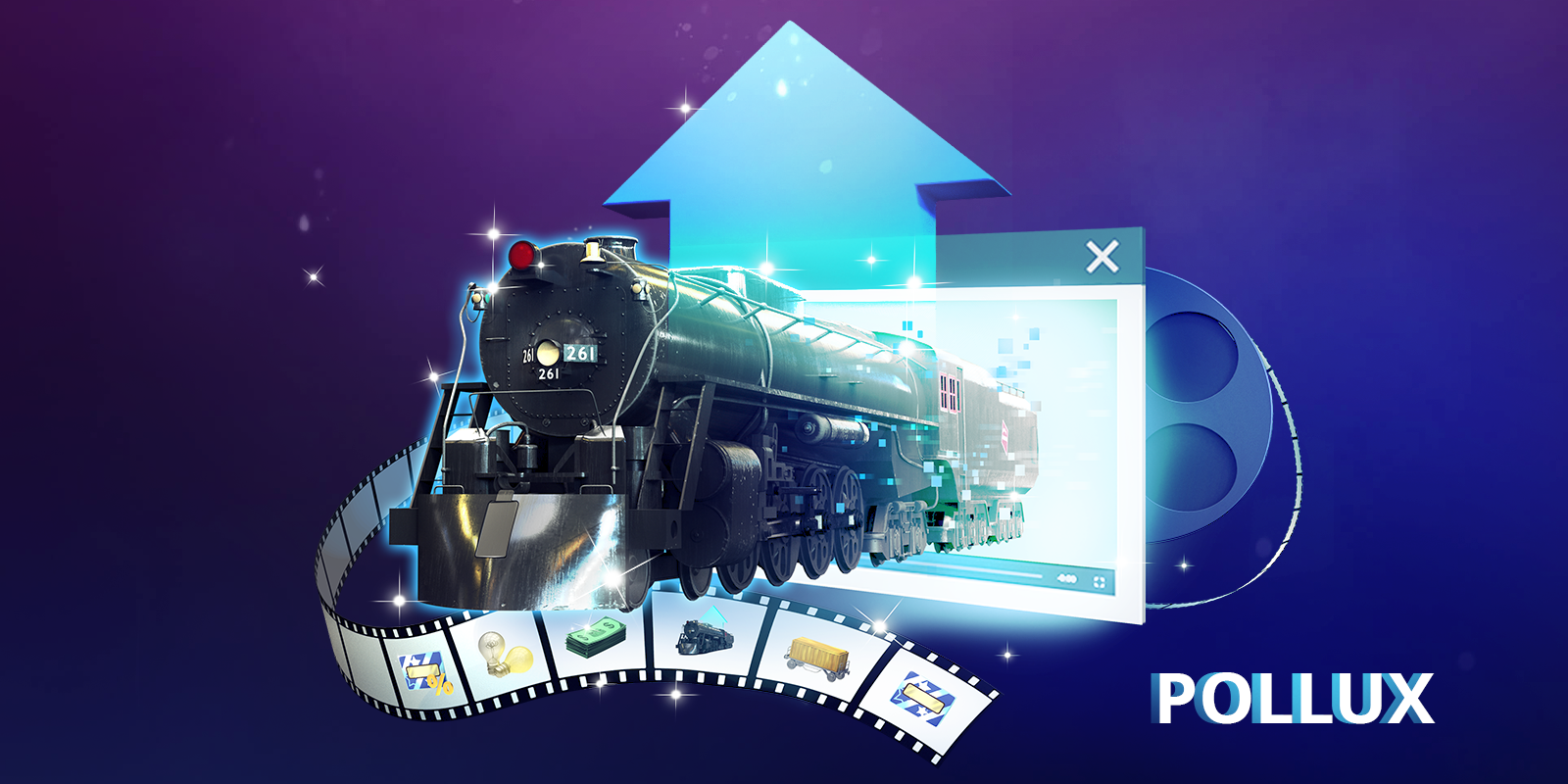 What an exciting update to Rail Nation! We’re giving you a new bonus engine — its name: Pollux. It can be obtained in the most unique way, compared to any of the other bonus engines thus far.

In order to reward active players, we included a completely new free bonus cargo engine in the videos: The Pollux . With more than 90 upgrades to make the Pollux grow from a rail trolley to a true force of the tracks. 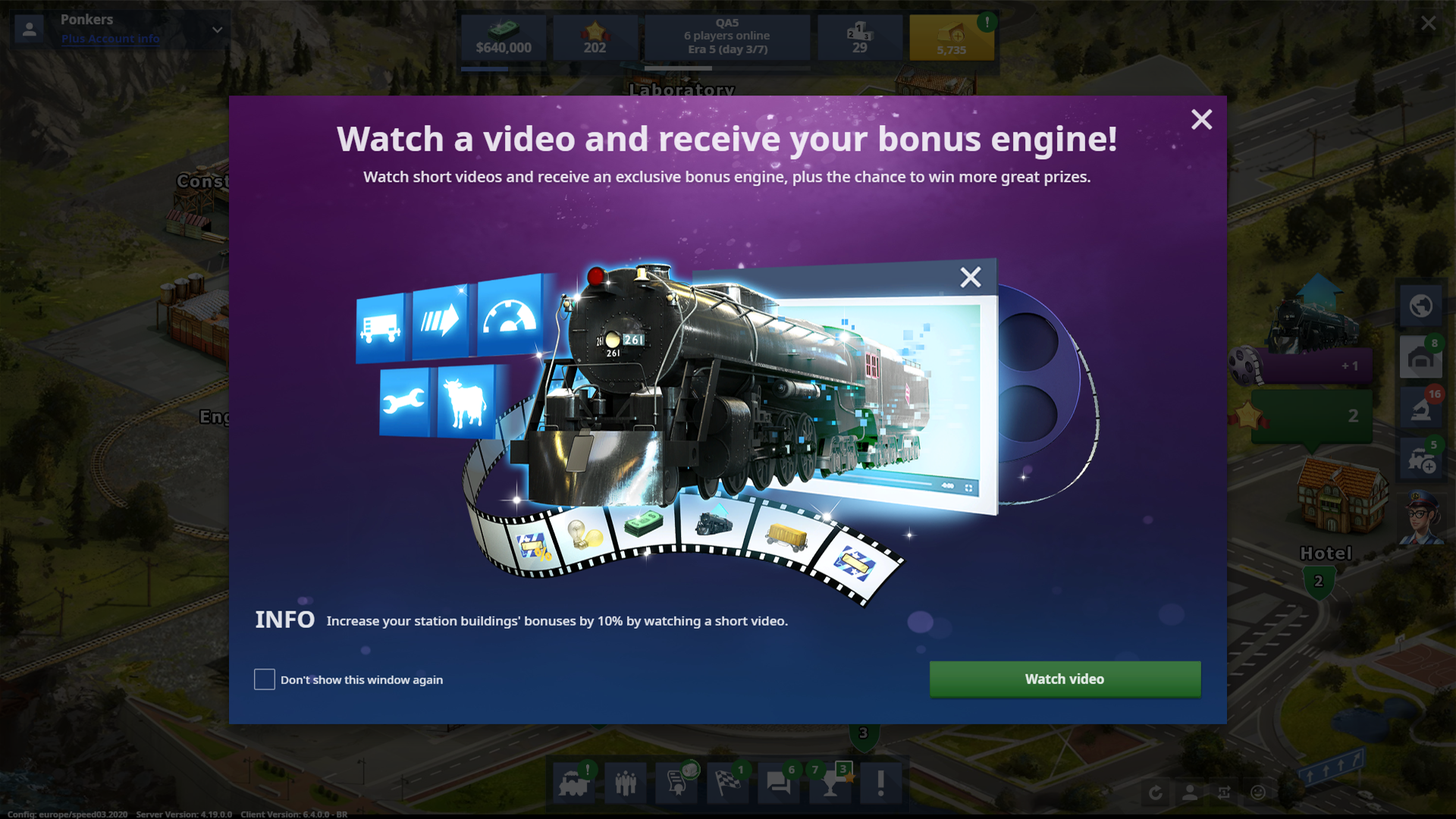 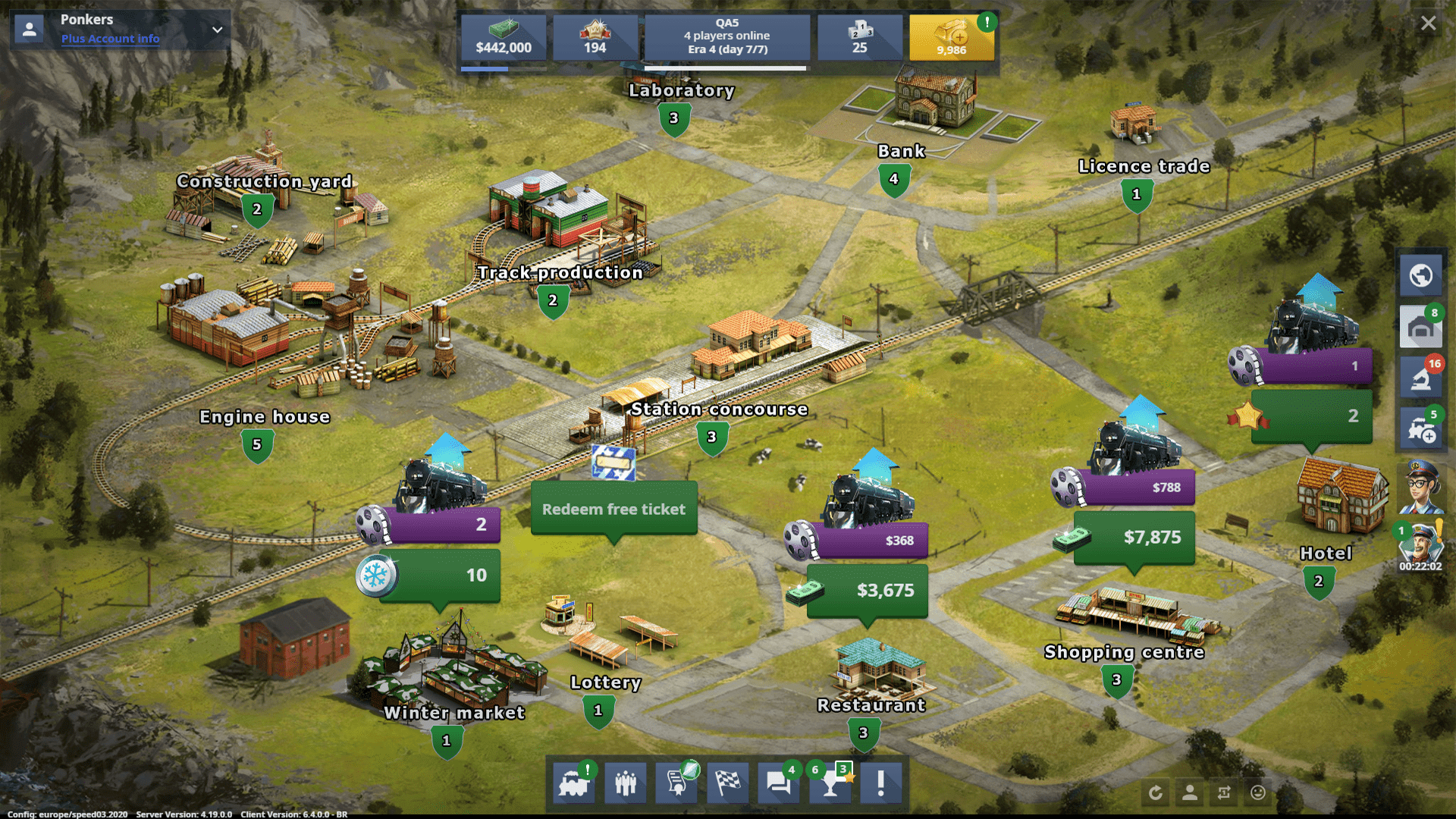 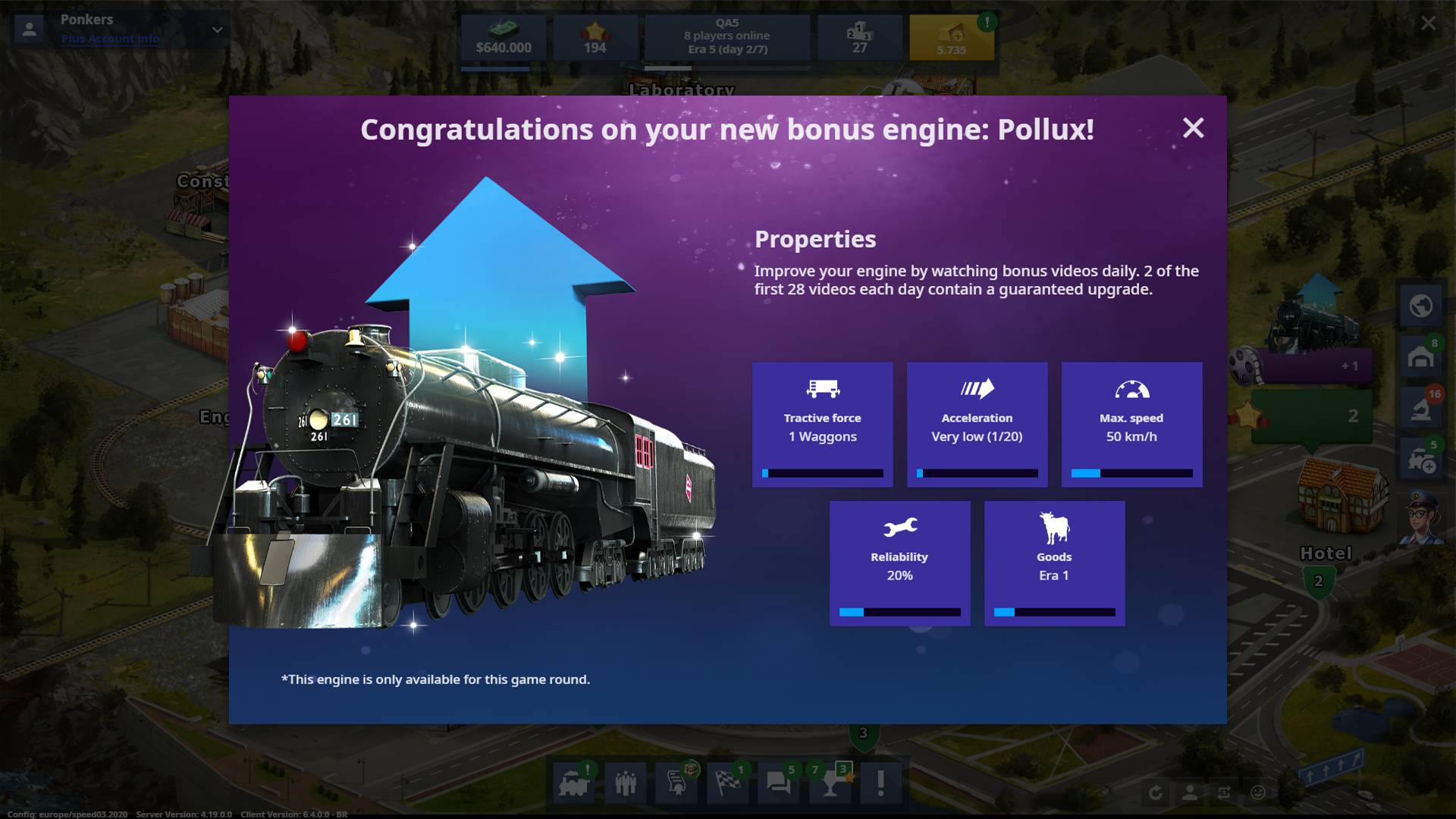 The same logic applies to any higher game speeds: The higher the speed of the game world, the more upgrades you can win per day.  On x4 speed servers you can get 4 upgrades per day within the first 16 bonus videos. You do not always have to watch all the videos to get the upgrade, you can win it in ONE of those bonus videos. So if you are incredibly lucky, it could even be the first.

We know many players already watch videos for an extra advantage in game for free. As we introduce the incredible Pollux, we need to make sure that we keep video watching fair for all, whilst discouraging unhealthy behaviour like watching several hundreds or even more than a thousand videos per day. So we have will introduce is a limit on how many videos you can watch per day. This limit is 56 videos per day and we’ve come to this conclusion as we wanted a limit that doesn’t actually limit most players. Only a small majority of  active video viewers watch that many videos per day currently, so most of you can watch as many videos as you watched before.
Since we know that some of you like to watch more videos on higher game speeds, we multiplied this limit with the game speed for 2x and 4x speed game worlds. You won’t need that many videos to get the Pollux upgrade, but you can watch more videos there if you want to.
We also made sure that if you are in an association with a lot of other video viewers, you should still have a chance to watch enough videos without reaching that limit.

This update also includes several improvements and bug fixes that apply immediately to all game worlds, including those currently running. Several smaller issues have been resolved, such as:

You can view the full changelog, including all the balancing changes, here

We hope that you enjoy the new video engine and look forward to hearing your feedback!